The Jurassic Park franchise is one of the most successful movie franchises, both critically and financially. Universal Pictures’ gem has found its place in different media, including the slot industry. Microgaming has ... Read Full Review 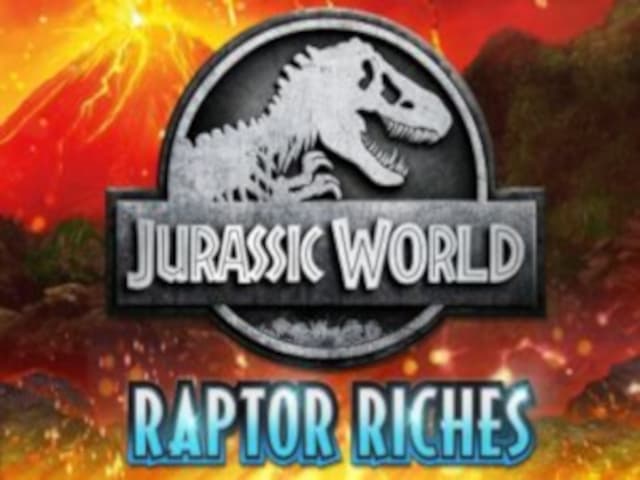 The Jurassic Park franchise is one of the most successful movie franchises, both critically and financially. Universal Pictures’ gem has found its place in different media, including the slot industry. Microgaming has already released one of the best Jurassic Park slots to date, and the story continues with the newly-announced Jurassic World Raptor Riches.

An upcoming slot from the biggest studio of them all, Jurassic World Raptor Riches, has 20 betways and an RTP of 96.02%. The highly volatile slot game will offer rewards up to 5,000x your bet and should come with fantastic graphics and entertaining gameplay that’ll surely appeal to Jurassic Park fans.

Not a lot of details have been revealed about the gameplay, but we have a few tidbits. The slot will have a 5x3 setup with familiar faces on the reels. The slot is based on the Jurassic World movie released a few years ago and featured action-packed gameplay with wins up to 5,000x.

As expected, the reels will feature raptors and other dinos, with characters from the latest movie in the franchise appearing too. Owen Grady pays the most – 20x your bet for 5 of a kind. There will also be 2 different Wilds. The first one, a dinosaur eye, is a single one, while the second (Indoraptor) is a stacked Wild. Landing the latter will trigger a respin with the stacked Wild shifting one position to the left. Each shift will also bring multipliers into play – the more you retrigger the feature, the higher the multiplier.

These can pay as much as the Owen Grady symbol and play a significant role in landing big real money wins.

To trigger the Free Spins Round, you’ll need at least 3 volcano Scatters. You will then spin a special wheel that determines how many free games you get (up to 20).

If you land a part of an Indoraptor Wild, it’ll nudge to fill the full reel. The Multipliers in the Free Spins Round are higher, and the more you retrigger it, the higher the multiplier will go.

The RTP of the Jurassic World Raptor Riches slot is 96.02%. It’s fairly standard for a highly volatile slot with a maximum win of 250,000.00 coins.

Microgaming has already released a pair of Jurassic Park slots, so it certainly knows what to do. The popular studio’s upcoming Jurassic World Raptor Riches slot aims to be the top among them.

It has more than a few features to make it worth your time, so if you love the movies, there’s no question you’ll love this slot when it comes out. Find it at our top online slot sites.

When Is the Jurassic World Raptor Riches Slot Scheduled for Release?

The Jurassic World Raptor Riches online slot is scheduled for release on September 22, 2021.