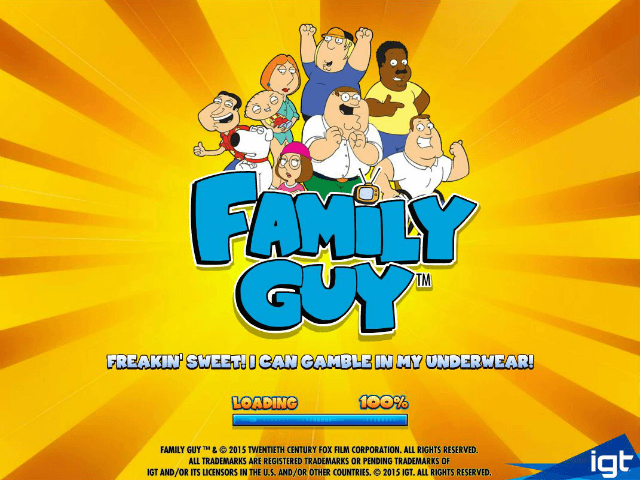 Family Guy online slot game is a hilarious spin on Seth McFarlane’s career-defining adult animated TV show. The five-reel, 30-payline game has been drawn together by IGT, and features lots of one-liners from the show’s cast of characters. Check out this Family Guy guide to see why you should definitely be playing along with the dysfunctional Griffin family.

Discover more of what you want!

PayPal
Everyone has a type. Find your perfect slot game match!
21
Fruit Machines
65
NetEnt
50
Progressive Slots
313
Video Slots
204
3D Slots
We use cookies to improve our service and to enhance your user experience. For more information, or to change your cookie settings, please click here